An international franchise business with a strong brand, over 30 years of experience, and led by a team of industry experts

600 locations in 30 countries, but we are continuing to grow. Want to be a part of the next 30 years and more? Then here is everything you need to know

Our history began in 1988, originally named the Australian Cartridge Company. Now, we are an established global brand enriched with over 30 years of history and experience.

Bryan Stokes founded the company in 1988, although franchising didn’t begin until 1992, when the company name changed to Cartridge World and we entered the franchise market. In 30+ years, the brand has grown globally with the first international Master Franchise established in 2000 in New Zealand. This saw the start of exponential global growth with the UK joining in 2001, followed by France, Cyprus, Greece, and Malta. By 2005, the company celebrated the opening of its’ 1000th store in Atlanta.

In the last 15 years, the brand has entered into emerging markets such as Malaysia, Singapore, the Philippines, India, Vietnam, Guatemala, and Afghanistan. In 2015, the company established the Cartridge World Global Procurement Centre in Zhuhai and 2020 saw the granting of a new franchisee in Nigeria and Master in the west Africa territory. 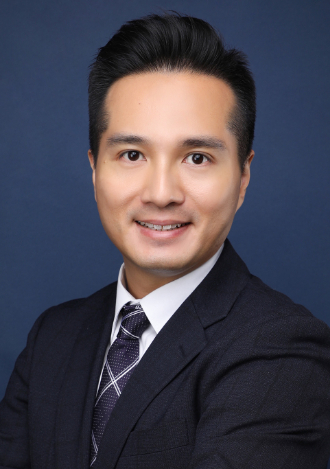 He worked with Cartridge World initially in Australia and then moved to Hong Kong to establish CW Hong Kong office and support the company’s push in the emerging market.

He successfully expanded CW business footprints from Asia to the Middle East and Africa.

Edwin was instrumental in the multiple deals that Cartridge World has done in the past decade, particularly in the negotiation of the sale of Cartridge World by Australian based Wolseley Private Equity to parties associated with Suzhou Goldengreen Technologies Ltd in 2015 and heavily involved in the establishment of the Cartridge World GPC manufacturing and supply strategy.

He then progressed to holding the position of Global Chief Financial Officer and soon after added the role of Head of Asia, Middle East and Africa to his responsibilities, carrying these dual roles prior to his Global CEO appointment.

Edwin has a blend of over 16 years of commercial, management consulting and chartered accounting experience gained globally across various industries. He specializes in setting up and building international business and company M&A transactions. Edwin holds a BCom from University of South Australia and is a CFA Charterholder and a CPA in both Australia and Hong Kong. 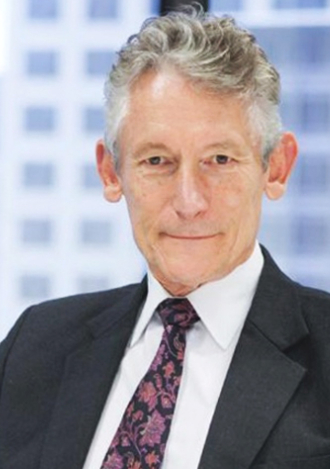 BIO
Rod Young has more than 30 years’ experience in franchising, licensing and business development in the United States, Australia, Europe, China, Southeast Asia and India, and is a recognized expert in the franchise industry.

Young’s business interests have included roles as both a franchisee and franchisor. As well as Executive Director to the Cartridge World Board, he is the Managing Director of DC Strategy and DCS Lawyers, Chairman of Hairhouse Warehouse (2011 Australian Franchisor of the Year), and he serves on the Board of several national and international companies.

Young is a recognized authority in franchising and business management, and has been interviewed extensively on television, radio and print, as well as a popular industry speaker at business seminars and conferences in the United States, Australia, China, Asia and India. 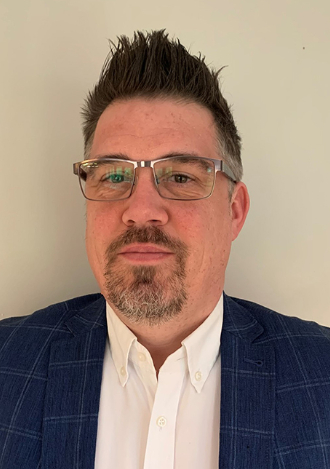 BIO
Joining the company in 2002, Mike is a long serving member for Cartridge World. Mike has held several positions during his time with the company including Technical Support, R&D Manager, Training, Quality Assurance.

Mike assumed the role of Operations Manager in January 2017. During his time with the company, Mike has been successful in the roll out and support of around 100 franchises in the UK, achieving STMC certification on two occasions and developed internal QC testing processes.

Mike has a blend of over 18 years-experience in franchising, retail, technical support, training and Managed Print Services (MPS) 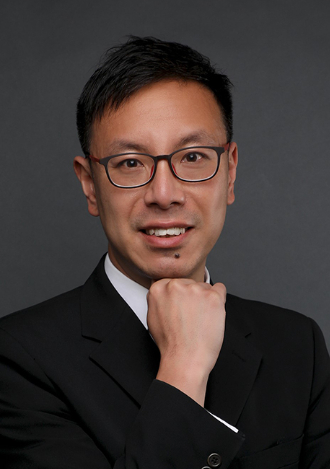 BIO
Joined Cartridge World in Dec 2014, located in the Hong Kong office. As Business Development Manager for the Asia, Middle East and Africa regions, Ken was responsible for providing support and assistance to all masters in the responsible region. Also coordinating with the CW Global Procurement Centre to ensure consistent product supply to all masters and add value to the masters for the supply chain.

Ken assumed the role of regional manager in Feb 2020 and is fully responsible for the AMEA business and promote the new business model in AMEA region. 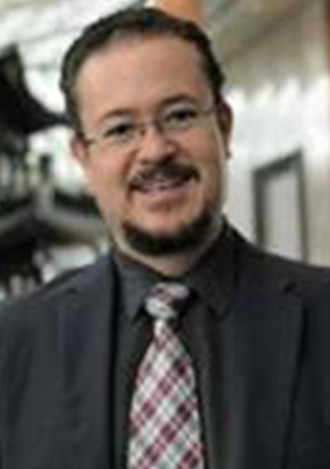 BIO
Entrepreneur and International Business Consultant with more than 25 years of experience in the imaging supplies industry. Started in Cartridge World as Business Development Manager for Latin America, on March 2016; was promoted to Operations & Projects Manager for the Americas on September 2017 and since February 2020, works as Regional Manager for the Latin American market. Ivan holds an Engineer in Electronics degree and a Master in Finance and Administration degree. 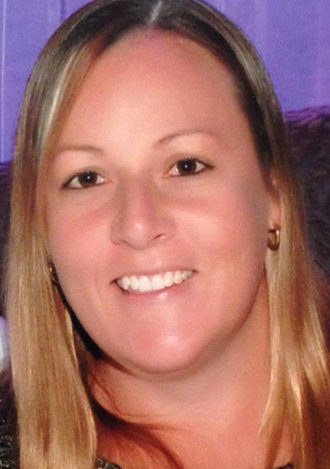 BIO
Nichole joined our company in 2019 based in our Australian head office as our Compliance Officer. She is responsible for effectively managing compliance within the franchise network, company policies and processes, regulatory changes, assurance monitoring, reporting to the directors and incident management and record keeping for the franchise network.

Nichole has worked in Australian legal firms for over 25 years with 12 year of this time in franchising law. 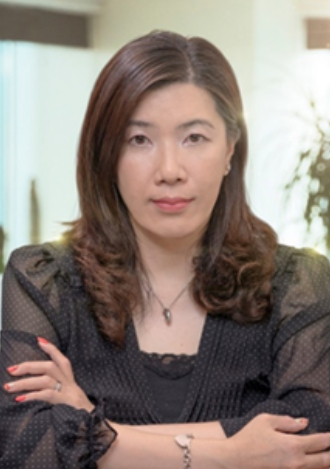 BIO
Rosanna has more than 15 years’ experience in the imaging industry, she joined & established Cartridge World Global Procurement Centre ( CWGPC ) on Aug 2015. Before taking the position in CWGPC, Rosanna was responsible for the international sales and marketing of printing consumables located in Hong Kong. She gained the valuable experience in trading of OEM printers & consumables, empties collection & supply, remanufactured / compatible consumables manufacturing & distribution, brand marketing & development. Rosanna has a wealth of knowledge of the manufacturing & supply network in the imaging industry. Her blend of expertise leaves her well positioned for managing CWGPC and the supply chain to Cartridge World.

Overview of the Imaging Industry

Cartridge World operates in a USD 100 billion industry where every household and enterprise needing to print ins a potential client. The COVID-19 pandemic saw exponential growth in the sale of inkjet printers and cartridges as the world moved to work from home.

As print demand changes, and a global hybrid workplace is developed, our business model is flexible enough to be able to provide solutions that meet the demands of our B2C and B2B customers. We are an international franchise who have been in existence for more than 30 years. But we have not stood still in that time, in fact we have evolved into leaders within the print consumable industry, pioneering new innovations that can provide new revenue streams for our global franchise network.

What Makes us Different?

At Cartridge World, we have always cared about our brand, our products, our Masters and Franchisees and our customers. Our vision is to minimise the environmental impact and unnecessary wastage and costs caused by printing, through our developed business models and low risk, high margin premium product.

BUT WHAT MAKES US DIFFERENT?
We are not just an international franchise business that just sells cartridges. We strive to help every individual and corporate customer understand their unique printing requirements and the cost savings as well as the reduced environmental footprint they can achieve.
The establishment of our Global Procurement Centre in Zhuhai has been a significant investment and ensures our global network receives consistent high quality printer cartridges at prices that keep our franchise locations competitive and more profitable. In the imaging aftermarket, the CW-GPC is unique, with quality assurance specialists ensuring our quality remains consistent through a unique three stage quality assurance process to six sigma standards.
As a franchise leader in our market sector, our growth potential is enormous. Cartridge World’s award-winning brand and global recognition, new revenue streams, the Global Procurement Centre, innovations in the mobile printing sector and worldwide reach in 30 countries with more than 600 franchise locations, sets us apart as an industry leader and makes it an exciting time to become part of Cartridge World’s global network.